We at VACAYA believe life begins at the edge of your comfort zone. That’s why we encourage all Solo and Single Travelers to throw caution to the four winds and travel with us. We fully recognize that traveling alone can oftentimes be a scary prospect, but remember… at VACAYA you’re never alone for long (unless you want to be, of course). And here are a few tips to help you get on your way!

The online VACAYA community is incredibly welcoming, so we’ve created an official Facebook Group specifically for Solo Travelers looking for a roommate. We call it our “Solo Travelers Playground” – a place for you to meet other solo adventurers. In addition, each of our vacations has an official Facebook Groups Page. These are great resources for finding other Solo Travelers who are also looking for a roommate. In our experience, the most successful pairings are those initiated by the people actually looking. Simply post in our Solo Travelers Playground or in the individual event groups that you’re seeking a roommate and let others come directly to you. This method gives you the opportunity to interview prospective roommates beforehand, allowing you to make a strong pre-trip bond. Assuming you find a match on your own, you can both simply book a room together as any friends would.

Don’t want to share a room? No problem. Sometimes it’s just more convenient and comfortable to have your own room, which is why we offer Solo Travelers a “My Own Room” option – a single room all to yourself. At our Oasis resorts, we offer a single supplement on an as-available basis. While we have less flexibility on our cruises, if you’re willing to pay both halves of the normal double occupancy and gratuities rate (plus one port charge fee), we are happy to accommodate you in your own room.

Never traveled solo before? We can get you sorted. Check out some of our most frequently asked questions, or get in touch with us any time!

A General Note to Solo Travelers About VACAYA Add-On Experiences:

Our Add-On experiences are markedly different from our cruise and resort programs, which are full of social activities that bring Solo Travelers together. On our Add-On experiences, there are typically whole group activities each day, but there’s more independent time than you’d find on our cruises/at our resorts. So while Solo Travelers are certainly welcome to join our Add-Ons experiences, they require a certain level of confidence and comfortable independence.

So you’ve decided to travel on a VACAYA trip as a Solo Traveler… now what?

Each VACAYA trip is different, based on its type, its location, and the overall number of guests. So you’ll find that each has its own unique identity. However, each of our event types – Bliss (big-ship cruises), Oasis (resorts), and Luxe (small-ship cruises) – offers myriad opportunities to connect with other travelers. From Solo Traveler Cocktail Hours to special dinners to game nights (and those are on top of all the other scheduled group activities), you’ll always have moments of connection with other travelers.

We often hear about “cliques” on our and other companies’ trips and we’d like to address that topic truthfully and transparently. Yes, they do exist. What looks like a “clique” as an outsider looking in is usually a group of friends who’ve met each other on a prior trip and have now reconnected on this trip. The social bonds that happen on our trips is intense and can sometimes last a lifetime.

So what’s the best way to turn a “clique” into a “click” as a Solo Traveler? This is where your confidence comes into play – even if you’re shy. As a Solo Traveler you walk right up to that group and say, “Hello! You all seem to be having the best time. I’m John and I’m traveling by myself this trip and I’d love to join in all the fun!”

There’s not a single group that won’t invite you in with open arms. Before you know it, you will have “clicked” with a whole group of new friends.

We recognize that level of confidence takes a certain boldness, but it’s the single best way to put yourself out there and start building those connections on Day 1.

VACAYA has nurtured a long list of Solo Travelers who’ve traveled with VACAYA over and over again. We spoke with a few of them about the Do’s and Don’ts of being a successful Solo Traveler. Here are their tips for success:

These charter events are a living breathing beast of an undertaking with different stakeholders, ever-shifting operating procedures, and distinct goals at every level. With VACAYA, you have the most experienced charter team on earth pulling it all together. Every issue has been looked at from every angle to make the best decision for all involved – chief among them our guests. So while you might not like some facet of the experience, it’s always best not to go off on the issue in the public forums. Talk directly to The V Team and we’ll do our best to explain why something is the way it is or we’ll say, “You know what? You’ve seen this from a completely different angle than any of us ever has and we love your take! Thank you.” There’s a constructive way to provide feedback and one where the masses will literally turn against you. We’ve seen the latter too many times and we’d like you to avoid that pitfall. So if you have an issue about something we’re doing or have done, talk to us. That’s the quickest way to resolution and a sure-fire way to avoid being ostracized.

Fundamentally, each VACAYA trip is like the rest of life… you get out of it what you put into it. So “put in” openness, positivity, and happiness and you’ll be greatly rewarded as a Solo Traveler. 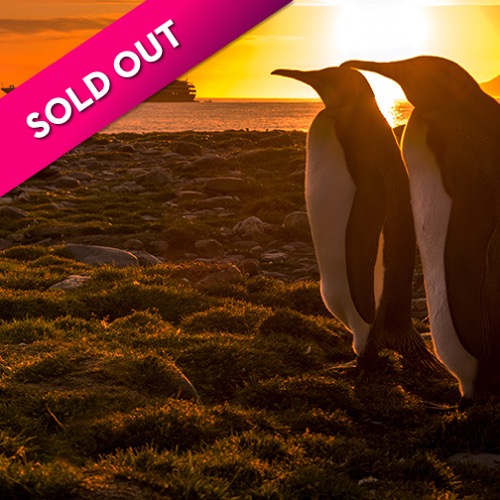 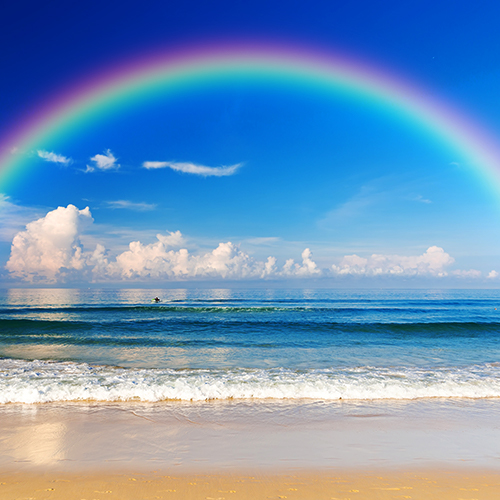 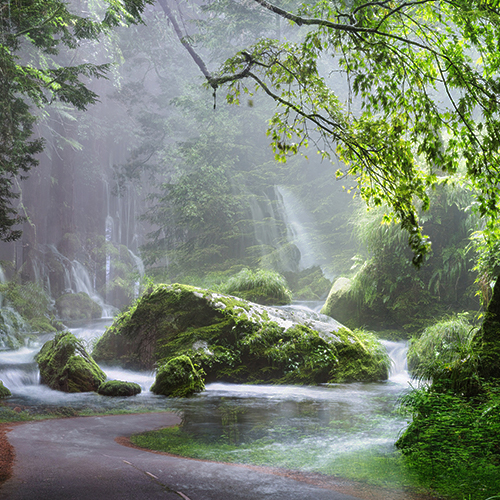 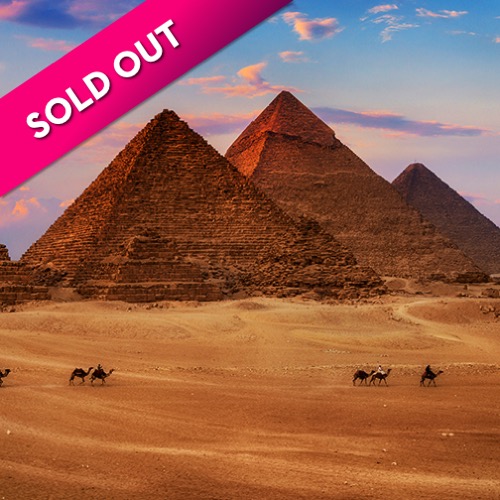 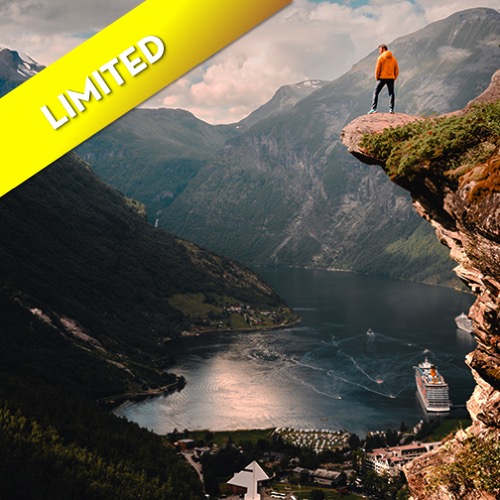 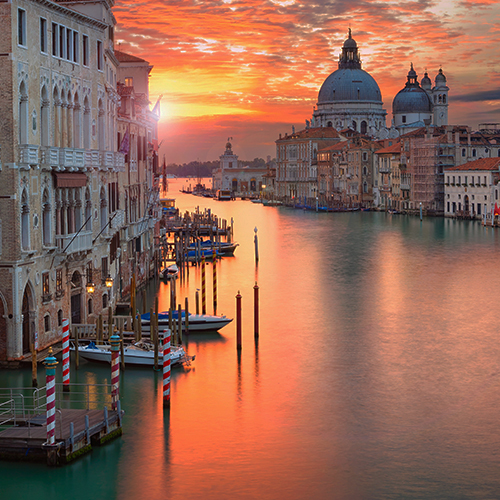 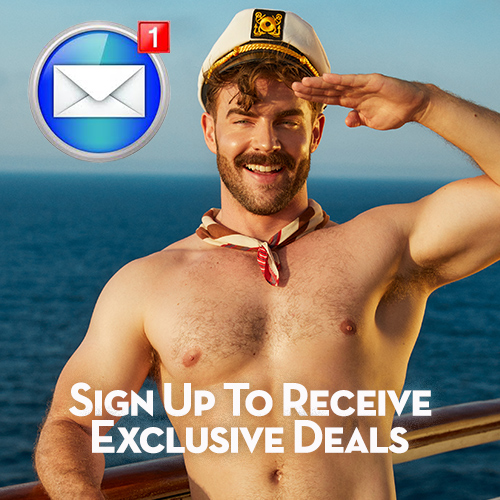 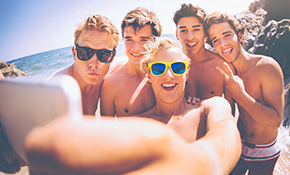 Eager to help spread the news about VACAYA? We have everything you need to get started! 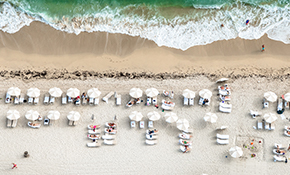 VACAYA delivers vacations tailored to the unique desires of our guests. How will you VACAYA? 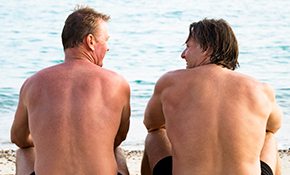 VACAYA’s “Solo Traveling with Ease Program” is perfect for single travelers looking to join in the fun. 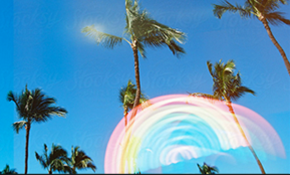 Open your mind to the rainbow of fun that can be had in the world. That’s the spirit of VACAYA! 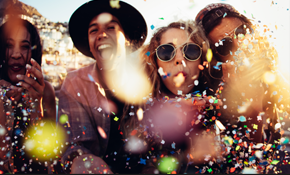 Are you ready to dive into VACAYA headfirst? We’ve got a special selection of offers just for you! 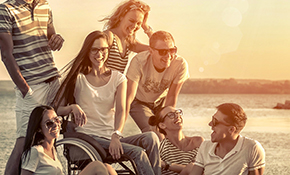 VACAYA and our partners create a welcoming environment for travelers with special needs. 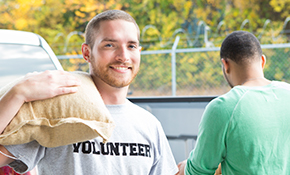 Our efforts in the community reflect our commitment to the idea that we can all make a difference. 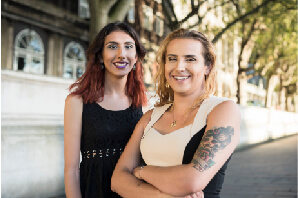 Read our FAQs or contact our Vacation Planners via phone/chat from 10am-4pm ET Monday – Friday.

Book Now
Who We Are

VACAYA completely reinvents the all-gay cruise and all-inclusive gay resort concepts by opening up the experience to lesbians, bisexuals, trans persons, queer men/women, those questioning their sexuality, intersex, asexual, pansexual, and polyamorous individuals, as well as gay men who’ve enjoyed the typical gay cruise experience. VACAYA is the only large-scale adults-only vacation company on earth built for the entire LGBTQIAPK community and their straight ally friends. VACAYA offers fun easy vacations with customized itineraries, personalized service, tailored entertainment, welcoming activities, friendly parties, and transformative moments. Shared experiences with like-minded LGBT+ adults and friends give us a new perspective on the world and remind us how lucky we are to be alive. VACAYA charters the entire ship or resort so we have the freedom to express our individuality, make personal connections, celebrate life, rev up, or simply relax… together. Our mission is to fulfill the vacation dreams of all adults who believe “love is love” while giving back to the community and immersing our guests in the cultures and places we visit around the world.

All-Inclusive Resorts – Staying at a VACAYA Oasis all-inclusive resort delivers a truly relaxing and exhilarating vacation because nearly everything is included for one incredible price. Our resorts offer scores of daytime activities, exclusive nightly entertainment, gourmet restaurants, exquisite turquoise waters, and sun-soaked beaches. But that’s only the beginning. These are places where we come together and feel part of a bigger family. With so much included, all that’s left to do is have fun and enjoy the value! Occasionally, we’ll offer something altogether different with VACAYA Oasis and we’ll be sure to list all that’s included/not included on the trip’s VALUE page.

LGBT+ Cruises – Life on the open water is about savoring the good times, finding beauty in the details, appreciating friends, and discovering new ones. Sailing the seven seas is about leaving the ordinary behind. It’s the moments we spend connecting, laughing, and living life to the fullest. Its possibilities are endless and exciting. Sensual. Life changing. These experiences connect us to each other. They open our minds and unify our rhythm.

This is the spirit of VACAYA. open sea. open mind.

myVACAYA.com and all of the related pages, contents, and code are © 2022 VACAYA, LLC.
Copying or unauthorized use of any copyrighted material or trademarks without the express written consent of its owner is strictly prohibited. All rights reserved.
VACAYA is registered with the California Department of Justice, CST# 2133954.